When things were scarce, way back when, my Grandmother was the source of all things useful that had to be used and looked after.

During the war we were encouraged to use a garden as a vegetable patch from potatoes to fruit that could help with rationing.
We had a long thin garden that gave us enough room for a chicken coup that was built at the end of the garden. It was made from wood planks and chicken wire, and was a neat home for the chickens who could sit in little boxes set in the walls for producing eggs. The eggs would roll out into a trough for collecting them outside. The chicken run was about 10ft long which gave them plenty of room to have their food and grit in comfort and to be able to do what chickens do!

I can remember at Easter we would go to a store and pick out the babies, usually 12 of them, they were in a box with straw and when we got them home they would be kept warm and fed until they were ready to go into the chicken house, we always had the breed of Rhode Island Red we  liked them for the lovely brown eggs. 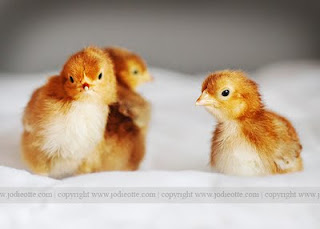 We kept a cockerel, as well, he was very proud with beautiful dark blue tail feathers, the hens knew he was boss. and unbeknownst to me was our Christmas dinner!

The wash house was where most of the laundry was done with a huge mangle for the clothes and a big galvanized tub for washing on a wooden table. We kept the feed in their and all vegetable scraps were boiled up with their feed added along with oats.
I would go with Granma every morning and mix up the mash all warm with my hands, great fun, on a cold Autumn morning the steam creating a great amount of flavourful fumes drifting down the garden path which would start a whole lot of excitement for the hens waiting for their morning breakfast.
The trough was about four feet long which gave plenty of room for them to feed in peace, I would stand and watch them devour the breakfast all pecking away and very happy.
They always rewarded us with beautiful brown eggs every day, which I collected in a strawberry basket and delivered them to GrandMa to wash and be ready for a nice fresh egg for breakfast.

We now live in a rural area of Canada, but unfortunately we can't raise chickens unless you have at least ten acres of land, we buy our eggs from the Super Market, but there doesn't seem to be the taste or flavour in them. We are lucky to have such abundance but, something seems to be missing from what I can remember of how special it was to have the pleasure of a fresh brown egg boiled for three minutes with brown bread and butter.

I guess we tend to always remember the little things in life and how food was so precious and we grew up never to take things for granted, even though I didn't like cabbage!


There was always a mysterious thing that happened during the course of the year, a chicken would be sent back to the country (I was told)but on that Sunday we would have chicken for dinner! Then Chicken feathers, in a big sack appeared in Grand Ma’s room. After picking them out and stripping the feathers she would bake them and carefully put them into a pillow case and saved this was to fill a patchwork quilt she was making.
When I was older I realized Sunday dinner and chicken feathers went together, that poor hen had not gone to the Country after all!

Happy memories from difficult times.
Babs
Posted by J & B at 10:40 AM