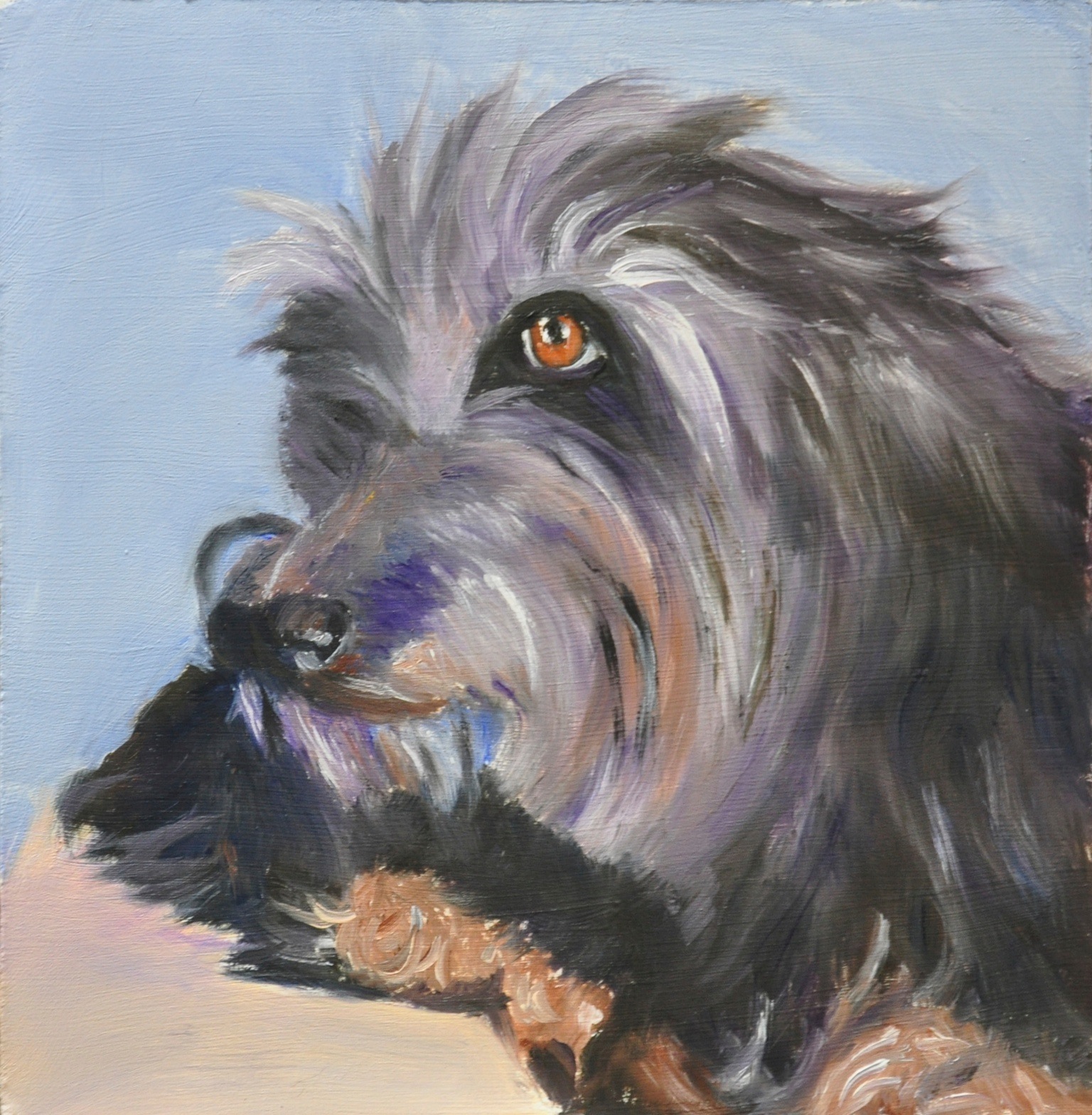 The owner of the local Coffee shop  had  2  poodle standard type dogs one all white, they found in a ditch some years ago and took him home they named him Frank  the other dog also a rescue was all black both had lots of hair named Roots, they became close friends, there is a little white terrier too in the mix and a cat that lived for 22 years!
Amanda has a high regard for animals,she owns 2 horses one of which has been retired for many years and the other she rides taking the dogs to the Stables so they can run and enjoy the country air.sadly just a couple of weeks ago Frank became ill  and past. I thought I would update Roots little painting as a surprise. .
There is nothing sadder when a pet dies and hopefully Roots will have many happy dreams of his mate Frank jumping over fallen logs and scampering in the fields. see the movie here: http://www.youtube.com/watch?v=SuSKEVUAZQk&feature=youtu.be

Roots picture is of him relaxing he is the most sweet &friendly dog and loves a good pet patrons at the cafe like to give him some attention when he's around.
Painting Roots was fun I could see many colours in his fur from reflections. He seems to be winking in his picture not able to see his eye due to so much hair!
He has now had his spring/ Summer Salon Cut recently and probably looks very different maybe pop in and see him sometime. I borrowed his picture from Facebook . https://www.facebook.com/GrackleCoffee
Babs
Posted by J & B at 1:32 PM